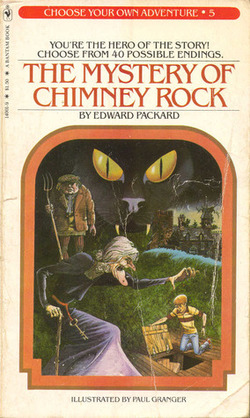 Back in my YA-writing days in the 1990s, there was a popular series of books for preteen and early-teen boys called “Choose Your Own Adventure.” Every few pages, the reader would be faced with a choice. For instance, one page might end: “To enter the cave, go to page 43. To continue up the path toward the abandoned farmhouse, go to page 26.” The idea, I assume, was that the books would be more appealing to boys (many of whom are/were reluctant readers) if they were interactive.

Something happened recently, though, that has made me realize that all books are interactive to some degree. My husband came home from work and mentioned that one of his co-workers had read one of my John Pickett mysteries. “Hannah [not her real name] said she really likes the characters, especially Lady Fieldhurst.” He continued, with his voice carefully neutral, “She said Lady Fieldhurst is really the smart one of the two.”

Now, I don’t know what book Hannah read, but I’m not at all sure that it was mine! Julia is certainly not stupid, but after years of being treated as little more than a pretty but useless accoutrement to her husband, she’s just beginning to find her voice. (Just wait; the mouse will roar in Book 5, Too Hot to Handel, coming in spring 2016.) John Pickett, on the other hand, is very clever, but largely self-educated. Because he’s painfully aware of how far he falls short of the men in Julia’s circle, he tends to not rate himself very highly. I wondered if perhaps Hannah was taking him at his own valuation of himself.

Then my husband went on to explain that Hannah is a feminist, to such an extent that she scolds my husband for opening doors for her. Aha! The light dawned. Hannah wanted a book in which the female lead is actually smarter than the purportedly clever male, and so she interpreted it according to her own preferences. At first I found it a bit galling that my work was being so misunderstood, but then I realized that it’s a good thing readers to connect with my characters, even if that connection may not take the form I had intended. 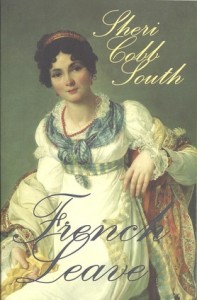 I’d experienced a similar phenomenon a year or two earlier, while reading reviews of French Leave on Goodreads. For those unfamiliar with the book, it’s the third in the trilogy that began with The Weaver Takes a Wife, and finds the Brundys, now married for four years, experiencing marital difficulties. Although it ends happily and the farcical misunderstandings that separated the pair are resolved, 18% of the Goodreads reviewers were unhappy with, if not downright offended by, what I had naïvely supposed was a funny and harmless book. (One reader felt so strongly that she changed her original 5-star review of The Weaver Takes a Wife to a 1-star, simply because she disliked the sequel so much!) As much as this hurt at first, a fellow writer pointed out that readers responded this way because they felt so invested in the couple’s “happily ever after” that they couldn’t bear to see it threatened, even temporarily—and that this was something I, as a writer, should be proud of.

She was right. After all, connecting with readers is why we write. Without that interaction, the manuscripts might as well be left to languish in a drawer—“safe,” perhaps, and not misunderstood, but not enjoyed, either.