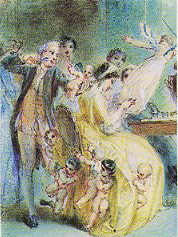 4 thoughts on “The Rape of the Lock, Part Deux”