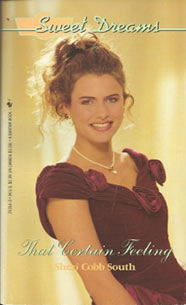 To pass her initiation into Pressler High's most exclusive sorority, Penny Collier must steal a rival school's basketball playbook. Though she's not reazy about the idea, she is crazy about basketball star Brandon Phillips.

Hoping to impress Brandon, she agrees to filch the playbook from her friend Woody, a member of the rival team. Though she feels guilty, Penny convinces herself that it's just a harmless prank. But as she gets to know Woody better, Penny realizes that she's falling in love with him. How can she bring herself to steal from the boy who has stolen her heart?

Funny story about this book: WRONG-WAY ROMANCE, published just a few months earlier, had sold so well that Bantam (or rather, Cloverdale Press, who packaged the series for Bantam) approached me about writing another book which they could schedule for late fall. I sent them a manuscript called ALL THAT GLITTERS, which later became THE CINDERELLA GAME. The editor loved the book, but since it was set during the summer, she asked if we could hold off on it until the next summer, and was there anything else I could send them that had a fall/winter setting? I had just completed THAT CERTAIN FEELING, so I told her about it and basically sold it over the phone. Several months later, she called me again. "We have a problem," she said. It turns out the art department had been given a plot description of THE CINDERELLA GAME (which involves a teen beauty contest) and with that story in mind, had photographed a model wearing an evening gown for the book's cover. Unfortunately, there was no scene in THAT CERTAIN FEELING in which Penny wore an evening gown. Could I possibly revise the manuscript to write one in? My editor even gave me a description of the gown: dark red, with a velvet bodice and taffeta skirt. I nearly had a heart attack on the phone, but once I thought about it objectively, it really wasn't that difficult--just a matter of changing a club meeting at school to a formal pledge banquet. Girls who read the book that winter may have noticed how well the dress on the cover matched the one described in the book--if only they knew!