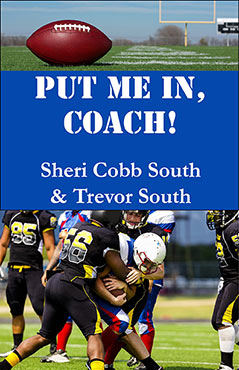 Put Me In, Coach!

Cole just wants to play football...but he can't even get off the bench!

Seventh-grade running back Cole Patterson is sure he could make big plays for the Oak Valley Middle School Mustangs, but the coach won't even put him in the game--and the coach is his dad!

Now star linebacker Jack Riley is saying Cole wouldn't even be on the team if his dad wasn't the coach. When Cole finally gets his chance to prove Jack wrong, will he take it? Or will he do what's best for the team?