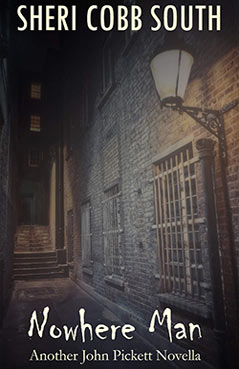 Also available in paperback at Amazon.

Having resigned his position at Bow Street, John Pickett waits in vain for someone—anyone!—to engage his services as a private inquiry agent. As weeks go by with no responses to his newspaper advertisement, he has taken to spending his days wandering idly about London rather than admit his failure to his beloved wife Julia, the former Lady Fieldhurst.

One day, while loitering amidst the crowds thronging the Covent Garden market, he wonders morosely if it might have been better had he not been born at all. Then he sees one of his former colleagues and, in an attempt to make a discreet exit, contrives instead to knock himself unconscious.

He awakens to discover that his Bow Street colleague doesn’t seem to remember him, and after staggering back home to Curzon Street, he finds someone else living in the house where he lived with Julia. But still greater surprises are in store for Pickett as he attempts to navigate his way through a world in which he never existed…